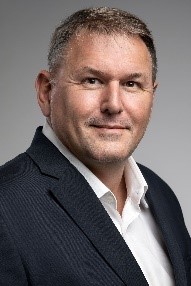 In the aftermath of the last supercycle (2000 – 2013), disenchanted investors demanded that the industry rethink its business model and prioritise shareholder value. Value over volume found favour with the investment community over the prioritisation of production volume growth, and the regular payment of dividends was regimented.

As miners realigned their balance sheets and focused their energies on making money, a nascent realisation was that it must be paired with investment in their production base. Sustainable mining businesses must strike a balance between rewarding shareholders and sustaining ore reserves if the typical boom-bust scenarios are to be avoided.

One root cause of the miners’ dilemma is not fully comprehending the economic capacity of a peculiar deposit to sustain imposed expectations. Miners like building mines, and often in the absence of a full appreciation of what the ore deposit they are mining. The rhetoric around allowing the orebody to dictate criteria has remained vague. The industry requires usable concepts to make miners better extractors and depleters of natural resources if they wish to avoid another boom-bust super event. 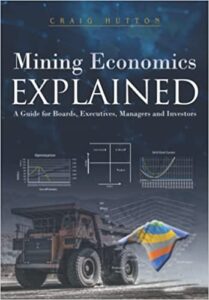 Craig Hutton has skillfully and practically chartered the waters in his new book: Mining Economics Explained – A Guide for Boards, Executives, Managers and Investors.

Avoiding complex mathematics (instead developing a tool miners can readily use), Craig has taken complex concepts and drilled down into the nuts and bolts of optimisation. By offering a detailed spreadsheet algorithm, miners can now test multiple combinations of mine design against peculiar orebodies to infirm better feasibility studies and mine planning. The Hill of Value is a powerful illustration of the key optimisation parameters that must be optimised to ensure that optimal investment is made to avoid over capitalisation and minimise the cost of operating a min through its lifetime.

Understanding the economic signature of a peculiar deposit and the operating battery limits have now been blueprinted. Hutton hopes that investors and miners gain a better and more comprehensive appreciation for the viability of their assets and the robustness of potential investment returns they will make in the future.

Neal Brewster, Executive Director at Elemental Economics, said, “this book has the knack of translating theory into practical approaches alongside real-world experiences from inside the mining industry, making it one of the most useful books on mineral economics.”

Stratum recently sat down with Hutton, the author, to learn more about his new book and why it needs to be mandatory reading for key players in the mining industry.

The book follows a paper I published in the South African Institute of Mining and Metallurgy Journal in 2015. The paper was written after the last commodity cycle had abated. Watching the catastrophic fallout and the descent of consulting firm and their tool kits, which I thought were generic, motivated me to put pen to paper. By 2018 the paper had received little attention, and I wondered whether it was because it was too academic. As murmurings of the next supercycle became obvious to me in 2018, I decided that a book with less academic flavour may be more helpful. Therefore, the book’s emphasis is academically light and favours showcasing the application of useable tools rather than concepts.

I started writing the book at the end of 2018 but was impeded by the slow progress made on an integrated modelling algorithm. The mathematics embedded was challenging but producing a tool that supports the use of concepts was my key motivation. The book is a demonstration of the concepts the algorithm is the useful tool to assist miners in better understanding the economics of their deposits. The strength of the tool is that it is not a black box and the concepts and applications are useable and transparent. So writing only resumed in 2020 once I had conquered all the elements of the mathematical algorithm.

Mark Cutifani, reflecting on his early days at Anglo American as CEO, said, “Being clear about how you are making money in mining is really, really important. That’s why Harry Oppenheimer [son of Ernest] was so successful,” he said. “But when I arrived, I don’t think many of the executives really understood it. They didn’t see how or where to make money.”

The industry is on the cusp of the next supercycle. Once again, it will be very tempting to prioritise production volume as the market deficits begin to bite. Many executives still do not appreciate the primacy of the orebody, and some still believe that the economics of an orebody can be engineered. Today the challenges in mining are increasingly complex and more demanding than 20 years ago. Grades are falling, the quality of ore is generally poorer, and the barriers to entry are escalating.

Ivan Glasenberg, when still CEO of Glencore, said that miners need to learn about supply and demand. The solution to miners’ challenges does not lie in overproducing in the hope of attracting economies of scale. By prioritising production, miners fail to consider that diminishing returns lead to diseconomies of scale. This and over-production imperil the equilibrium market price, threatening the investments made in their project pipeline. When these basic economic concepts are grasped and the depleted orebodies are better understood in an economic sense, miners are better positioned to make better decisions.

Mark Cutifani, retired and former CEO of Anglo American, said at his recent farewell ceremony that when he first joined Anglo American: “I told the GMs, Tony [Tony O’Neill, Anglo’s Technical Director] will tell you how to mine the ore body through its life, and you are responsible for executing and improving that.” He added, “If you have a better idea, great, but you don’t get to screw up our ore body.” Cutifani’s focus on the orebody has paid handsome dividends for Anglo American through the tough season.

It is easy to tell people what to do. It is much better, in my opinion, to educate people as to why they should do what you tell them to do. Educating people about the priority of the orebody is an excellent place to start.

This book also welds the application of microeconomics into understanding the orebody. In my 35 years of experience, I have seen that what has been missing has been the application of microeconomic cost curves to inform management teams about the optimal scale of production. Miners generally have a poor track record in establishing the optimal scale of operation and believe it is an engineering decision often based on what their neighbours or competitors are doing. The optimal scale of production minimises costs and, importantly, when designing a mine, it simultaneously minimises the capital investment. The question is, how to do this? A tool that can approximate these optimal moments has been absent.

The first significant takeaway is the realisation that each ore deposit has a unique or peculiar economic signature. The grade tonnage curve characterises this.

This book introduces a new concept in constructing these grade tonnage curves that now give vital insights into how orebodies that maximise free cash flow cannot be accused of high grading.

The second significant takeaway is that miners have a tool to model their orebodies with a good underpinning of economic discipline that shows the responses from each unique deposit. This tool is simple in concept, avoids the black box and can be deployed to generate results rapidly and efficiently to guide feasibility studies and even operations.

Thirdly, miners have failed to do in the past is differentiate viability from feasibility. The book turns to design theory – used so successfully in the Tech industry. Viability is an unconstrained study that uses sensible assumptions to test what the maximum ceiling of value is, whereas feasibility answers the engineering feasibility of producing metals.

I hope that Preliminary Economic Studies can be refocused on viability studies from the current trend of a pre-Prefeasibility study.

If viability studies are done upfront, the feasibility studies can be accelerated. It’s simply unacceptable that these studies take 3 to 5 years to complete.

Once again, the industry will have a desperate shortage of geologists, engineers, and metallurgists. There is a real buzz around the new ESG industry, but the rest is chimeric without orebodies and technical skills. The industry is also fast adopting artificial intelligence and robotics. These new technology frontiers will demand fast adaptation and new skillsets. However, the basis will remain the same since it will not be what we do but how we do it.

Well-educated technical professionals, those with technical and economic skills, will be a crucial requirement for the current and next generation of miners. The next supercycle is expected to last at least a decade.

This is not to disregard the ESG skillset, which is becoming essential. However, much of ESG can be done with AI, automation and third-party offerings. Building large ESG departments is a waste of time and money when machines can do a lot of the heavy lifting.

Ultimately, the Board is responsible for ESG. The industry needs highly skilled technical people to fill its ranks as a priority and at pace if the green revolution is to be realised.

The global village is seized with the idea that mining is somehow evil. Natasha Viljoen, the CEO of Anglo Platinum, recently echoed the adage that the reality is whatever isn’t grown is mined.

Mining is an indispensable reality to support our modern civilisation.

The mining industry does a very poor job at advertising the sector. Large mining companies advertise their brand, but little is done collaboratively to advance the mining industry’s allure to young people.

If the industry is to start attracting the right kind of attention, organisations such as the International Council on Mining and Metals should be more visible to the public and schools and universities. They may be, but the fact remains that people are not aware, so they must do better to market the industry.

The rate of technological change across the industry’s value chain is significant. The Anglo American “Reimagine Mining” slogan shows that the big miners take change seriously. Barrick is another with their world-class modern Kibali mine. Other larger mining companies also champion technological advances, such as Rio Tinto and BHP.

The way of mining in the future will be very different with the advent of drones and AI technologies across the value chain. I think it is on the leading edge – the industry probably needs someone in the mould of Elon Musk to draw attention to this.

I’m afraid I have to disagree with this. We have relied on grey hair in our industry in the last two decades. I agree that the world is changing fast, and demographics and diversity are changing.

However, older people are part of that diversity and add significant experience and guidance. If you rid companies of the older people, i.e. plus 65’s, you lose substantial corporate memory.

Think of how much intellectual property walks out the front door when we lose these experienced people because we have a fictitious age ceiling. Our challenge is to see how we can keep and accommodate older people in our diversity blend if we wish to keep our edge.

Investors may find the book a little intimidating. Perhaps that is a good thing because mining is a hugely complex industry. Applying the same investment criteria or paradigm investing in other industries to mining is a mistake, and it drives the wrong incentives.

I hope that I have sufficiently addressed the broad scope of key mining topics for non-miners to better understand the complexities of mining. Hopefully, I have done an appropriate deeper dive for miners to, in Professor Richard (Dick) Minnitt’s words, “encourage them to become better depleters of natural resources to improve the bottom line in an economically sustainable way through the cycles”.

Mining Economics Explained was published by Reach Publishers and is available on Amazon and all major book stores.